Risso’s and bottlenose to end the day

The afternoon continued with the same mood, good sea state conditions and relaxed animals, especially the Risso’s dolphins which we encountered not far from the coast while resting. The group included a very old individual showing a white dorsal fin, and also two juveniles with their darker coloration and almost no scars on their bodies and dorsal fins. We could enjoy the quietness of the scene while listening to their breaths when coming up at the surface. More action, on the other hand, was involved when we were in the company of bottlenose dolphins. Leaps, tail-slaps and quicker movements, but also many squeaks and whistles that could be heard when we put the hydrophone in the water. 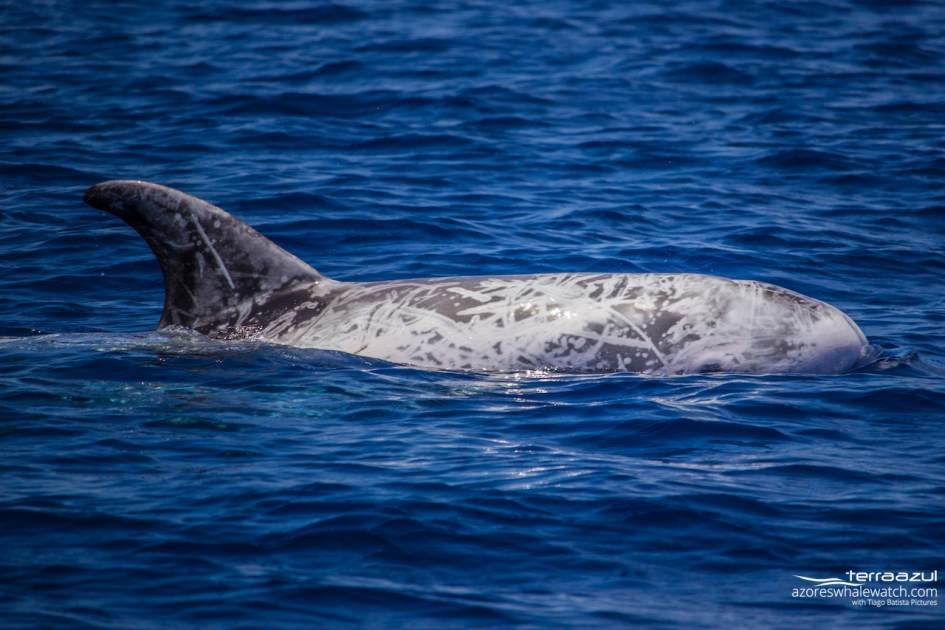 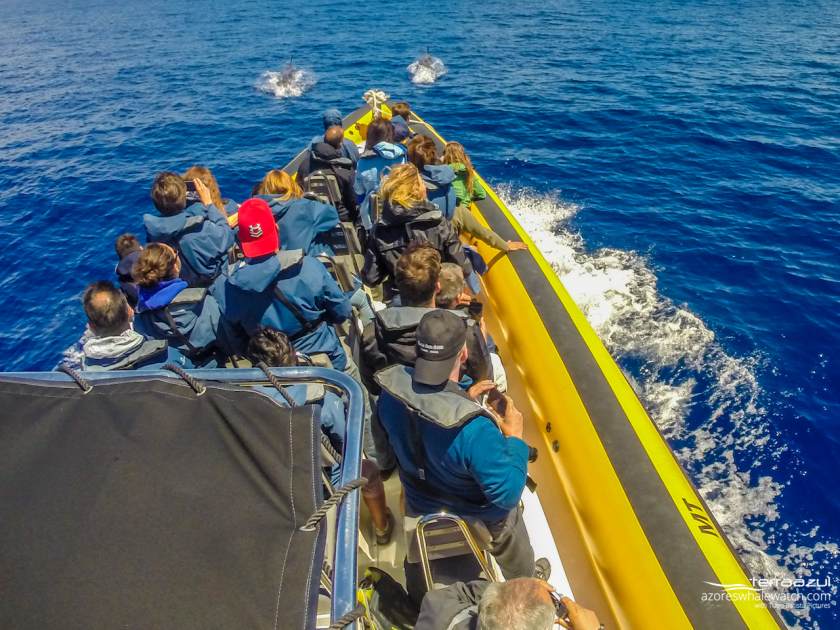 Another nice day spent with nature 😊