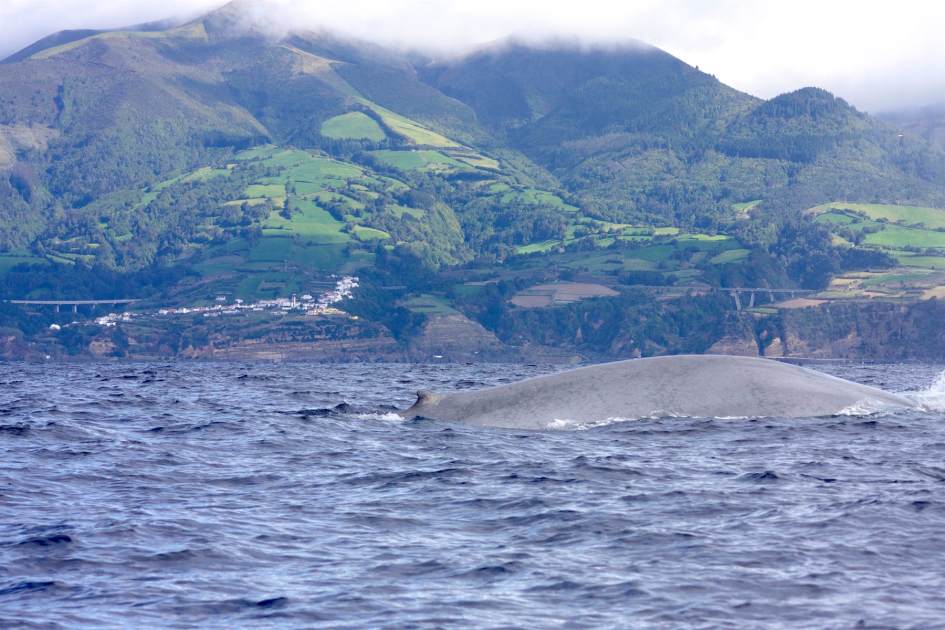 Another day in the company of whales and dolphins!

The baleen whales are literally invading São Miguel, but still giving some space to the dolphins as well 😀 This morning we started our tour with the bottlenose dolphins. We encountered a large group that was fast travelling and included adults, young individuals and calves. Many of them had very well marked dorsal fins, but when coming up at the surface they were often creating a big splash making it difficult to see these marks. When properly photographed, the dorsal fins with nicks and notches are very useful, as they allow to identify each individual. In the local photo-identification catalogue there are currently 842 individuals of which 839 in São Miguel Island (check here for more info). 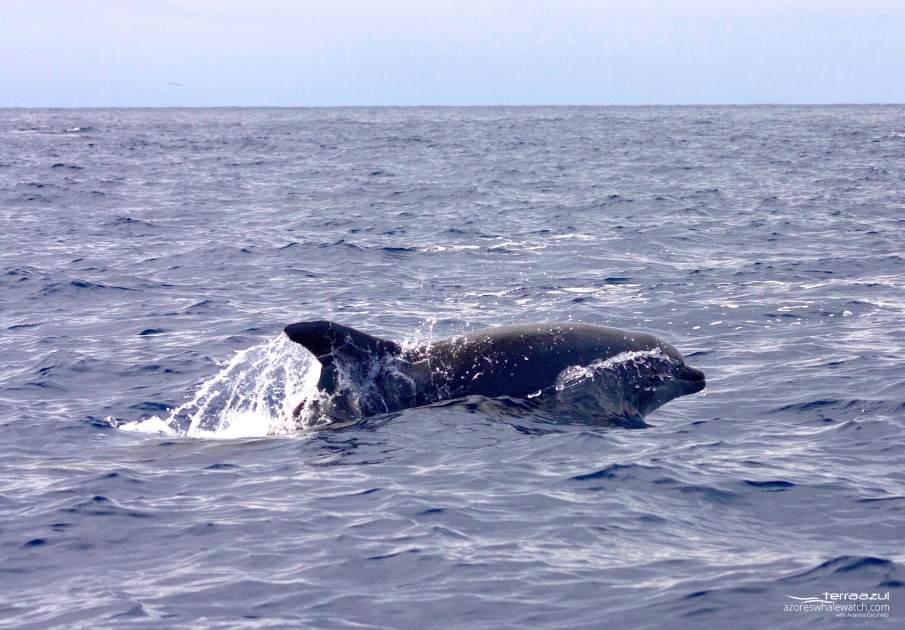 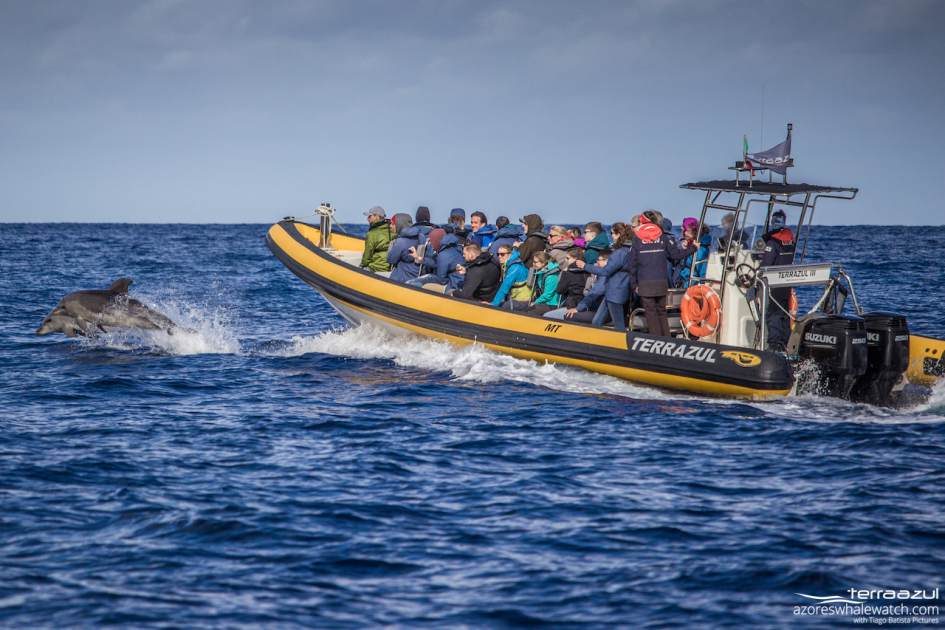 Later we met the fin and blue whales, possibly the same of these last few days. There were blows everywhere, both species feeding. When we moved a bit closer to the coast we found more fin and blue whales which were travelling, so we followed them for a while and could see that one fin whale had a very distinctive dorsal fin, with its tip missing, also useful for individual identification. 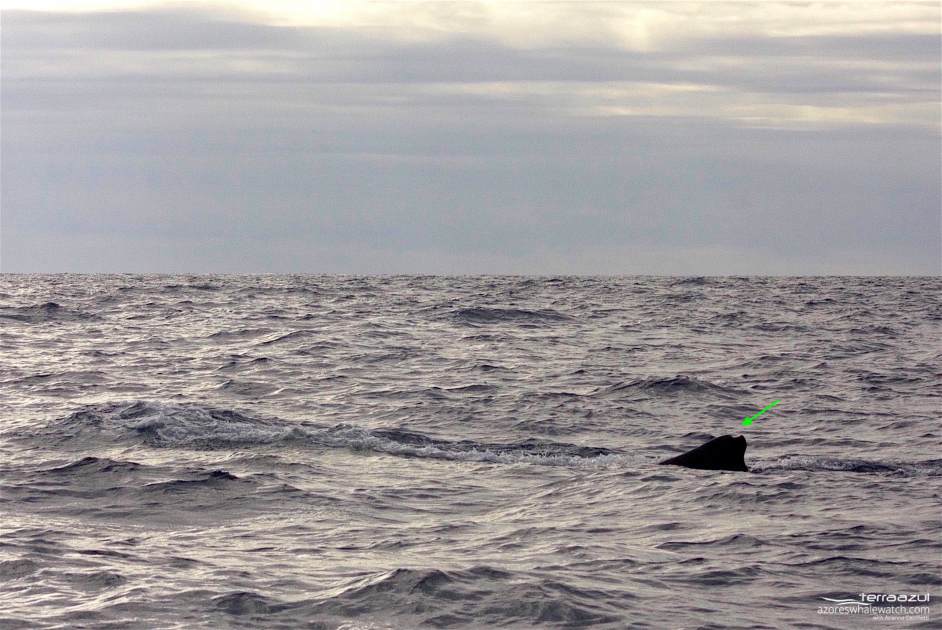 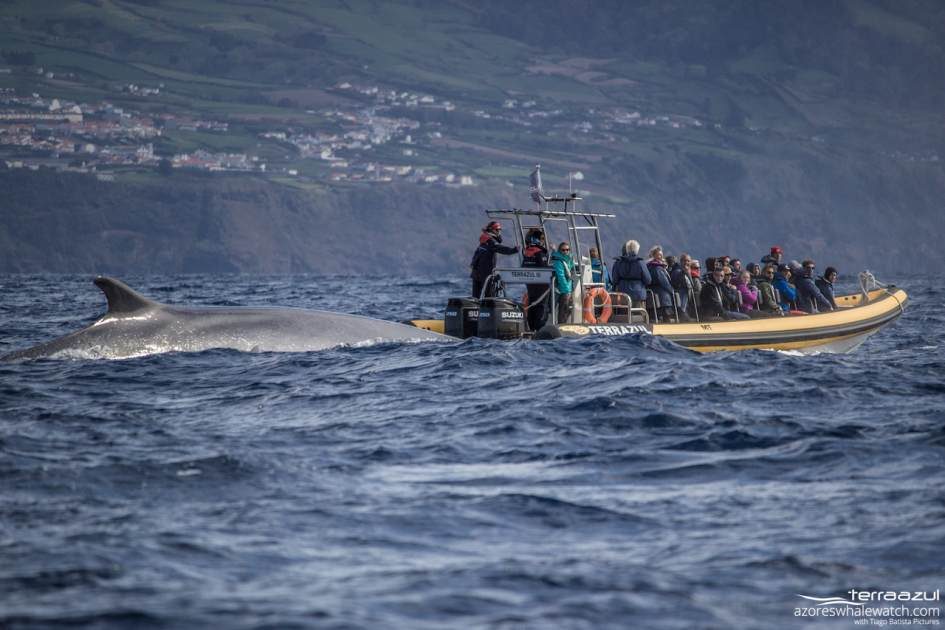 TAIII and a fin whale on the ocean swell (Balaenoptera physalus)

We couldn’t end our tour without the common dolphins! They were busy feeding as usual, with the Cory’s shearwater 😉 We actually did see one individual earlier during the tour while travelling alone in the area of the whales. Likely it was joining the rest of the group.

We are now at the core of the season to see baleen whales. If you want to see them, hurry up it is the right time!