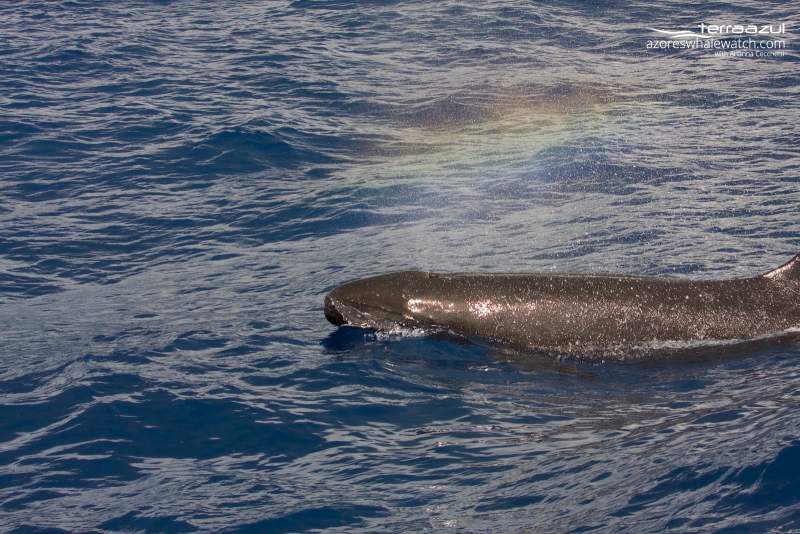 It’s no surprise that animals adjust to the surrounding environmental conditions. For example, the sea was a bit choppy today, and the ever so calm Risso’s dolphins seemed to get stoked with that, resulting in some super high jumps!

It was a group of about 10 large adults with some juveniles mixed in. The Atlantic Spotted dolphins were also present again, active as usual. It was a big group of about 100 animals. Hopefully they will stay a bit longer in the Azores this year, as the water is still pretty warm right now. However, someday soon when it cools down they will leave us and move their way to the Southern Atlantic, following warmer waters 🙂 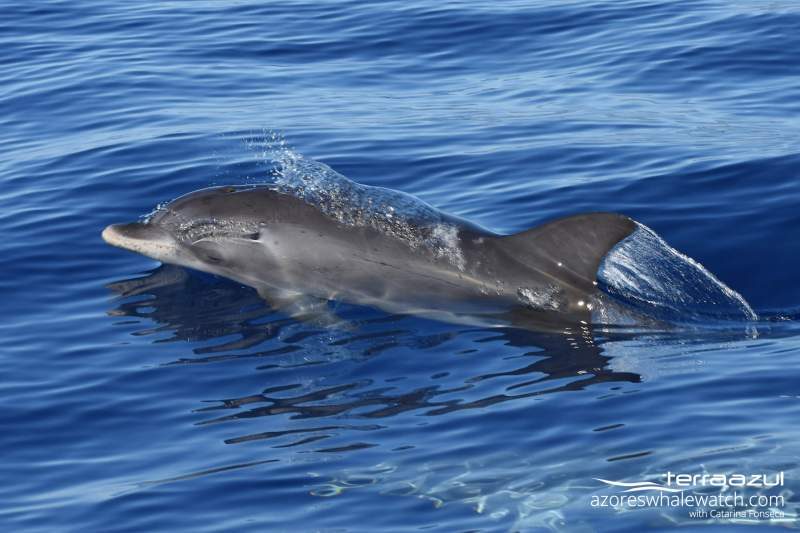 Who was also present today, was a large Sei whale! As most times it was very difficult to encounter the Sei whales because they have the tendency to change direction all the time (who knows where they want to go in this life anyway?) and on top of that it is the world’s fastest whale! We did manage to find it, and spend a good amount of time around each other with a good view of the whale! 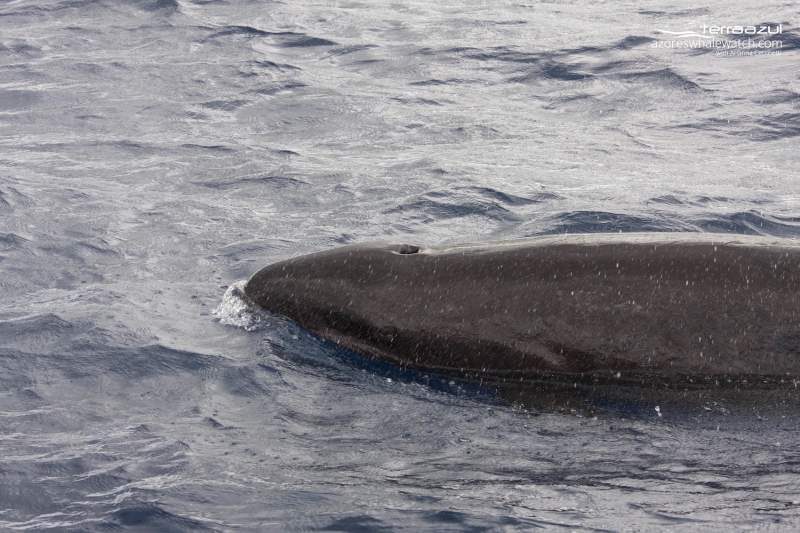 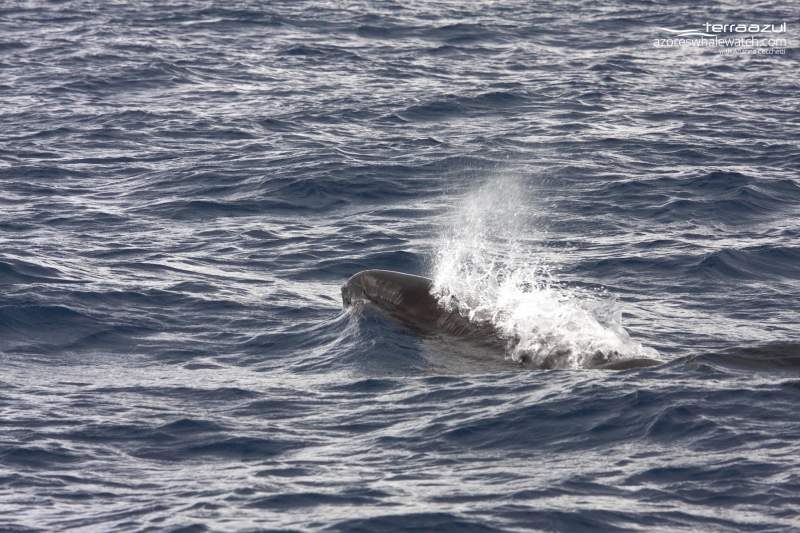 Our day didn’t stop here though, as two sperm whales were spotted a bit further away. When we arrived at the area they stayed at the surface for about 10 minutes and eventually took a deep dive which meant for us: that we were able to see their beautiful flukes! 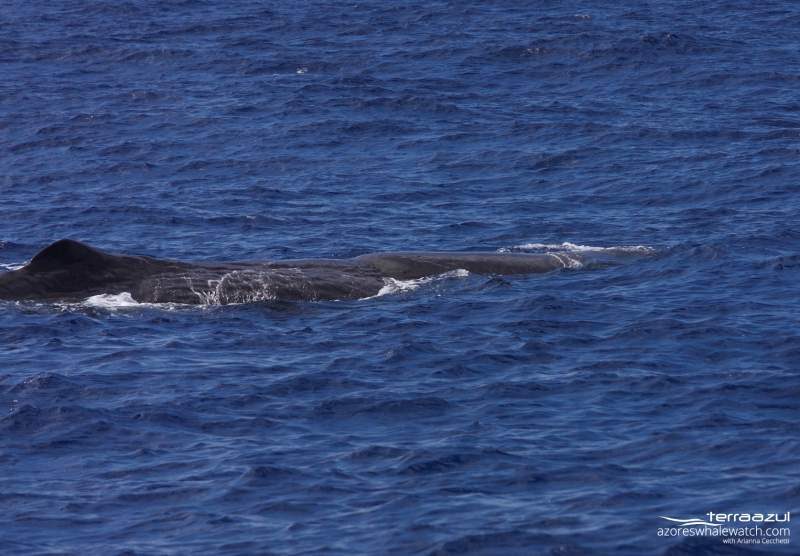 Sperm whale at the surface preparing for the next dive