Nature in Azores surprises us all the time! (including baby bird rescue) 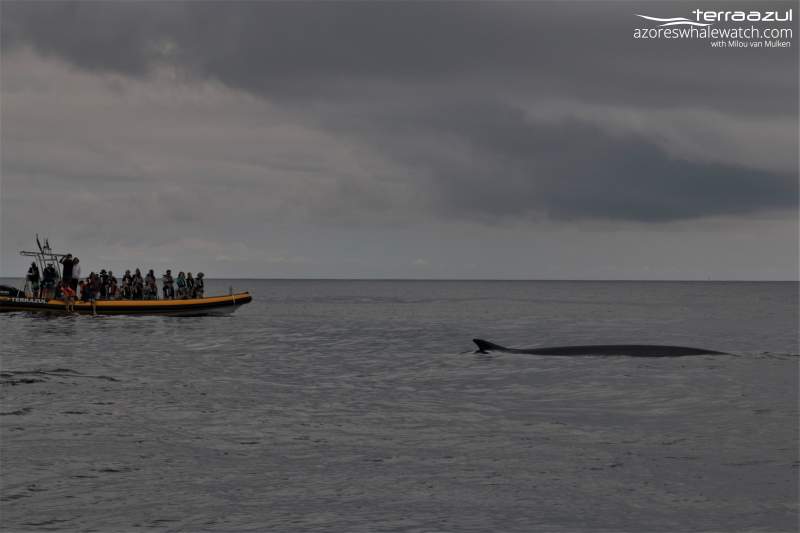 Today we headed out to the flat ocean. Right in the beginning a Loggerhead turtle was swimming near to the surface. As it was a juvenile, coming from Florida and Mexico, it had a length less than a meter. Afterwards we were able to observe a fin whale slow travelling. It was showing the fin and we could see the blow during surfacing.

Subsequently, a nice group of Bottlenose dolphins showed us their bodies under the water and did acrobatic jumps. Also some curious juveniles and calves were in the group. The flat sea helped to see them well while swimming in the ocean, so their size of about 4 meters was easily visible. 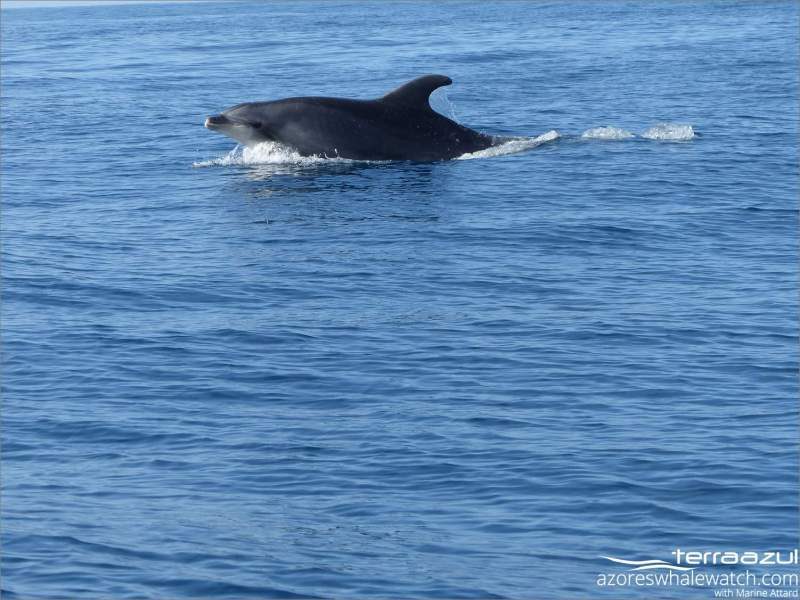 Common dolphins also joined our trip. As they were feeding on fish, the Cory’s Shearwaters were flying near to the surface and diving like rockets. What a great moment!
The whole group consisted of calves, juveniles and adults. In comparison to the Bottlenose dolphins, they are much smaller. They get up to a length of 1.8 to 2.5 meters. 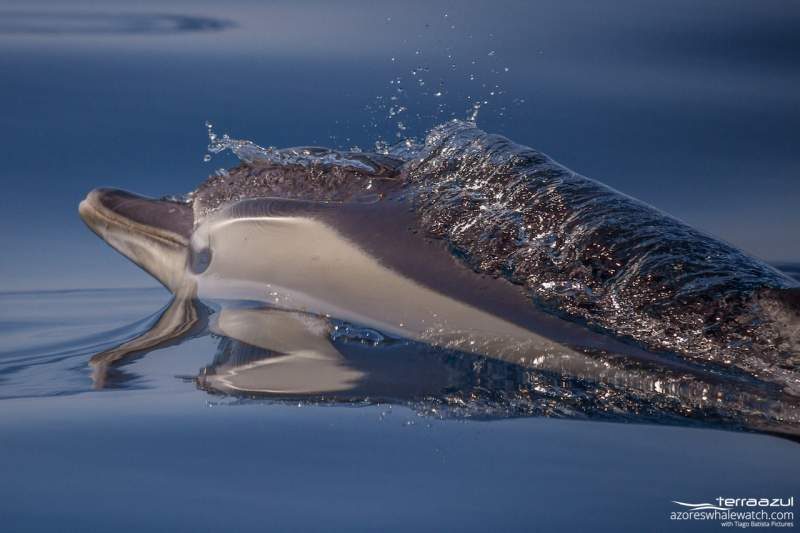 The afternoon trip was also meant to be a special one. We saw a small pod of Sei whales travelling towards West. Their whole length and colour was easy to observe, as they were swimming near to the surface. They have a falcate fin and a gray cape, and grow up to a length of 15 meters.

We were also able to observe some Risso’s Dolphins, of which age range can be guessed by their coloration, getting whiter as they are get older, and as usual Common dolphins which approached our boat.

Later on, we saw a group of calm resting Fin whales near the coast. We could observe their high blow several times. What made it very special was that they were diving under our boat and coming up on the other side several times. A moment never to forget! 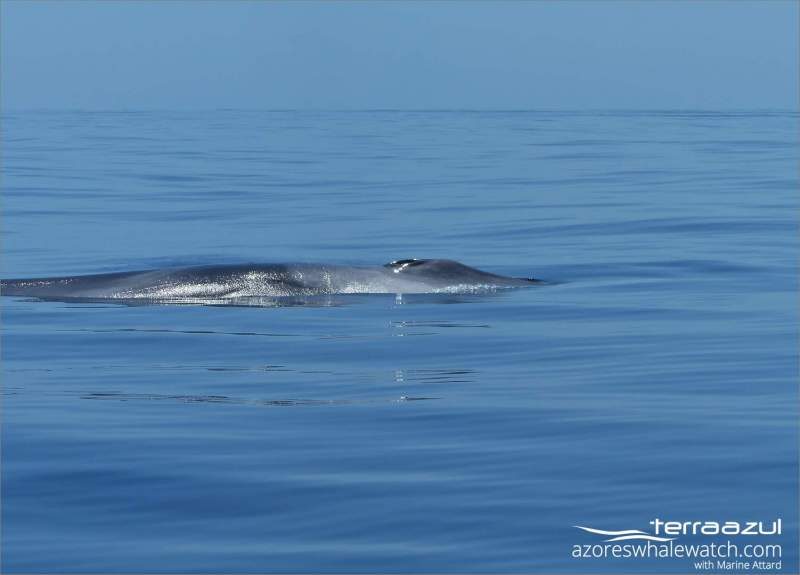 In the early afternoon we were informed of 2 Common Tern chicks, who were lost on the beach and got wet from the sea. 1 unfortunately died but the second one seemed pretty vital. We took it to our shop and called “SPEA” (Sociedade Portuguesa para o estudo das aves) who picked up the chick later and took good care of it 🙂 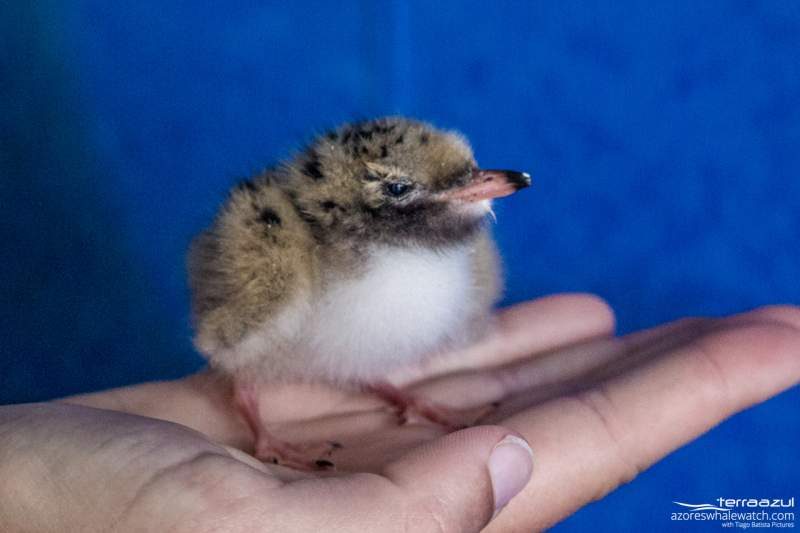 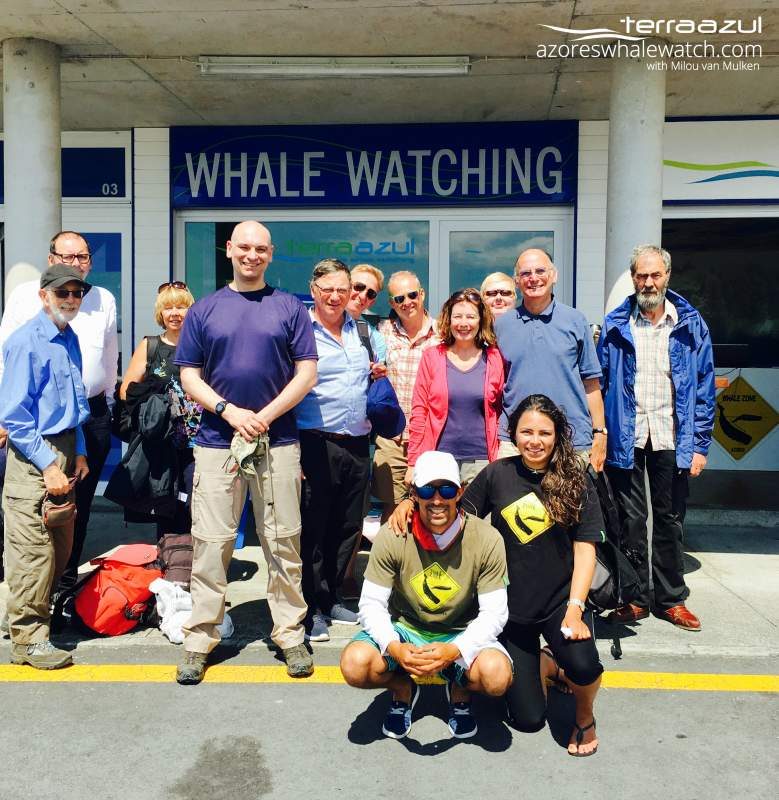 Nice group photo of this morning!