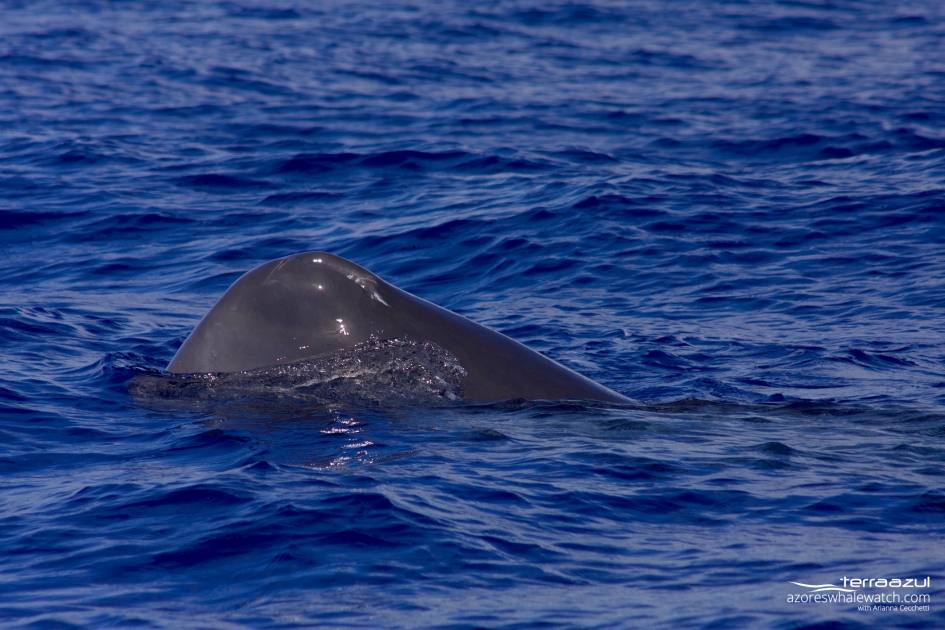 That is, when we go out at sea we never know what we will see. Even if our lookouts from their high land station already spotted some species, the rest of the tour is an unfolding surprise for everyone.

Today we started with a very nice group of Risso’s dolphins including adults and two young individuals. Risso’s dolphins always raise interest among our whale watchers due to their unique shape and coloration. Probably they are the most peculiar dolphins not only for the physical appearance, but also for their behavioural patterns. 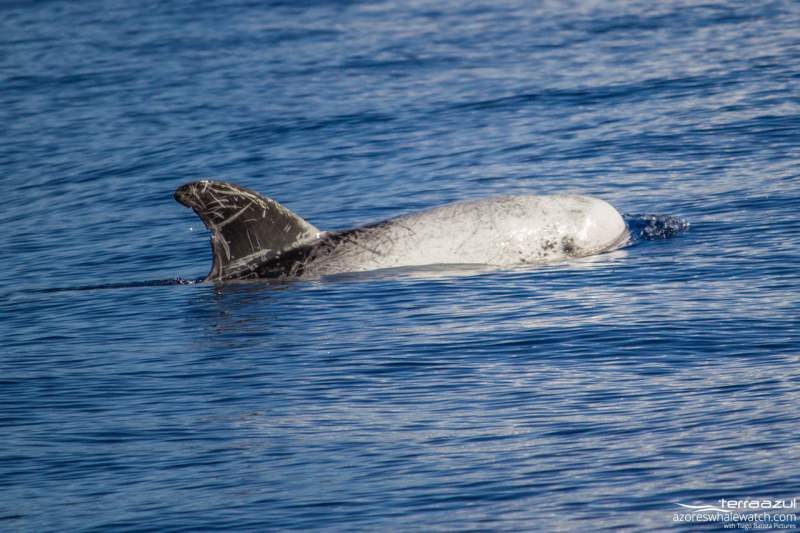 After the Risso’s dolphins we started heading towards the coast to observe some common dolphins. We probably spent two minutes riding in that direction when all of the sudden Filipe’s voice from the radio gave another instruction: to turn around and head offshore! The ride was quite a fun, bumpy and splashy, but safe 🙂 All of the sudden at distance we could see a lob-tailing sperm whale, what a beauty! and it was not alone, four more individuals where nearby, including a calf. sperm whale calves are just sooo cute. They show already the shape of an adult including the squarish head, but in miniature version 🙂 The five individuals were socializing, some spy-hopping and rolling close to the surface showing their tails.

Eventually, we left them to visit the common dolphins which were still close to the coast busy feeding with Cory’s shearwaters, yellow-legged gulls and common terns.

That was a successful trip! 😀 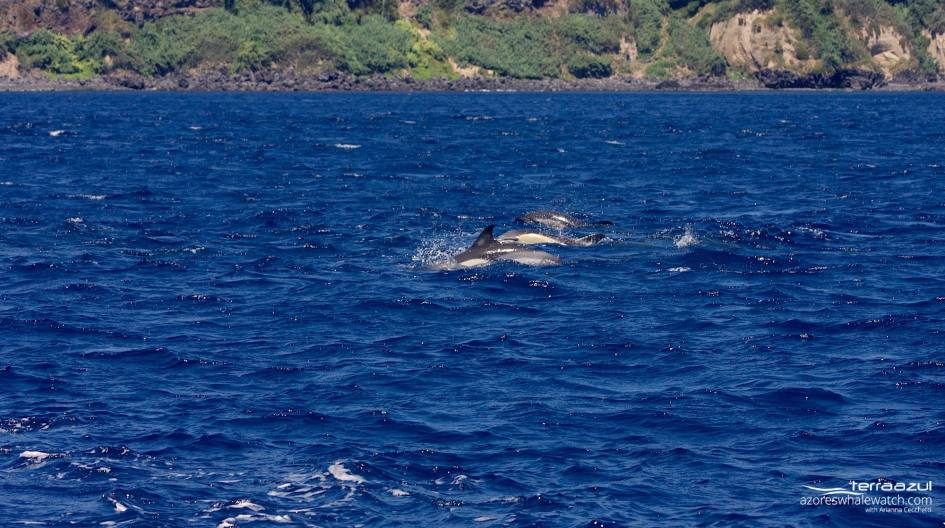