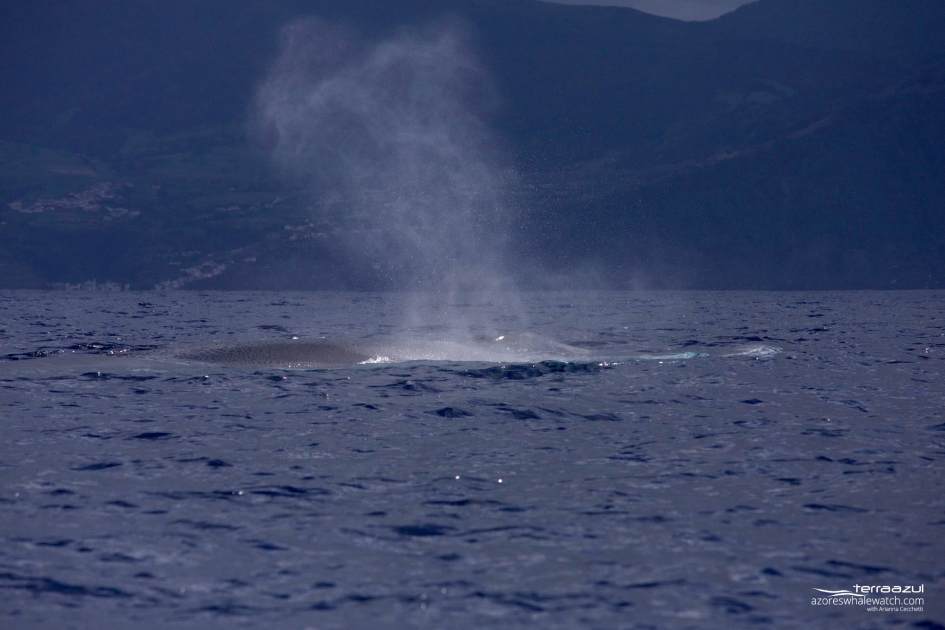 The morning was slightly misty and a bit dark, and our lookout had the impression it was still 6am while scanning the ocean. No problem, though, he was able to find wildlife! and what wildlife…

We spent the morning with fin and blue whales, which today seemed quite relaxed while slow swimming. No deep dives for feeding until the end of our encounter, which means we had the chance to see them surfacing several times. Despite the general darkness, few sunlight rays were able to pass through the clouds reflecting on the whales body. 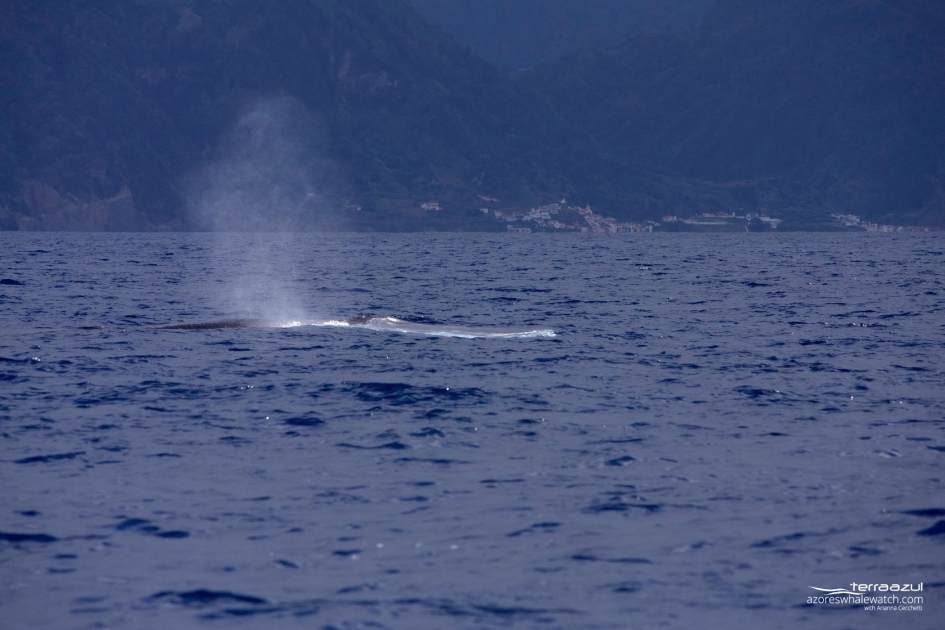 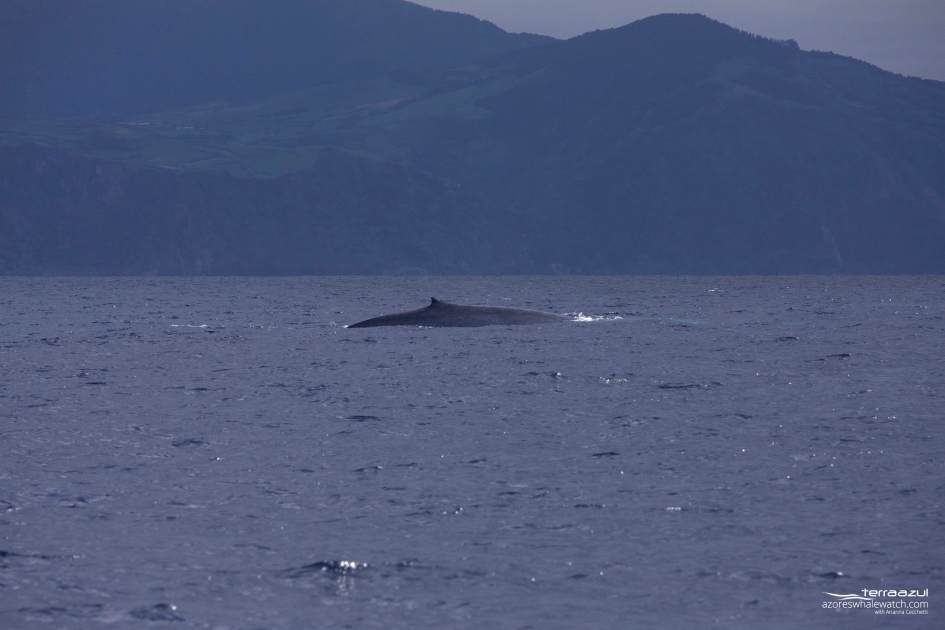 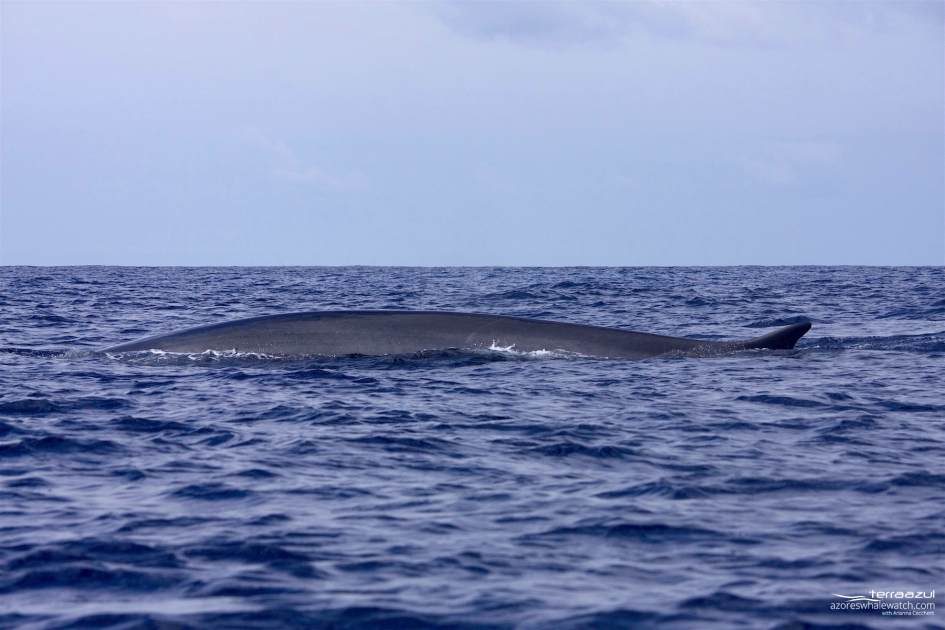 Later we met two small groups of common dolphins. The first was foraging in the company of shearwaters, which looked rather lazy today, as they were mostly stopped checking down the surface once in a while. Likely they had their belly already full, but not completely satisfied they were still staying next to the dolphin for a potential later snack. The second group was socializing as it involved lots of body interaction between individuals. 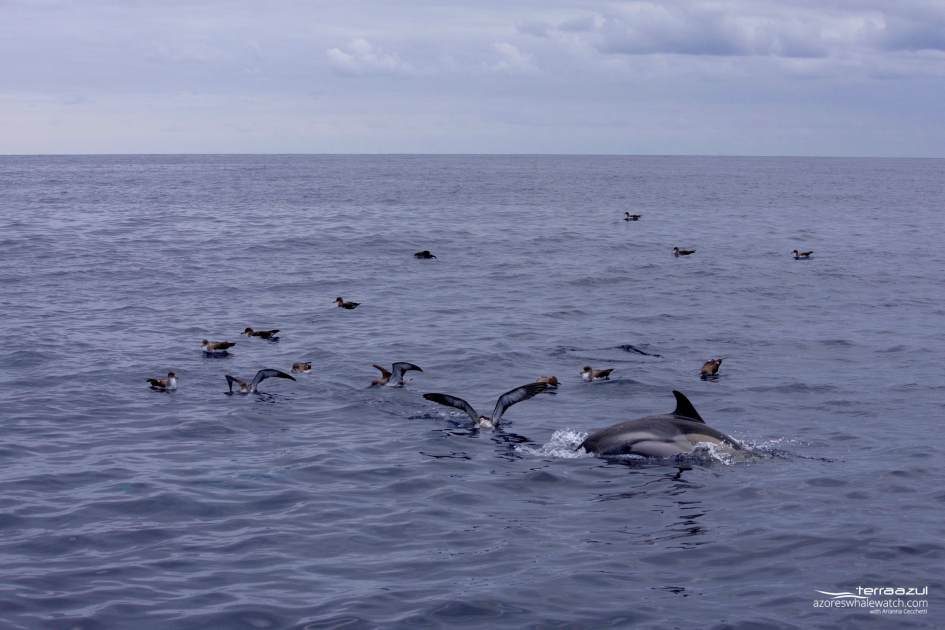 We simply enjoyed our tour 😀

Good action of the day: Thanks to the attentive eye of one of our guests we remove a soda can which was floating in the ocean. Dolphins, whales, turtles, seabirds and fishes do appreciate 🙂