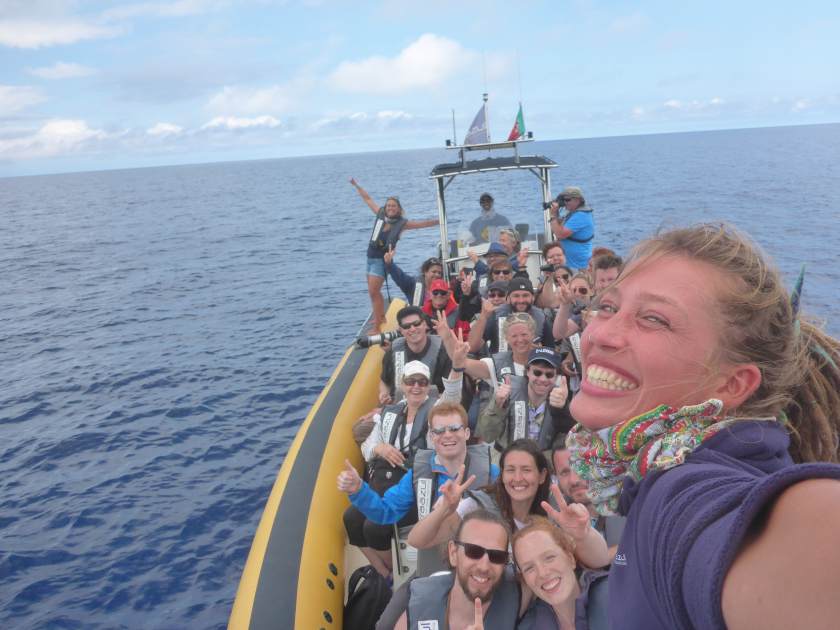 I am still so very happy I was your guide today!!  But first, I apologize for my big head covering half of the people in the picture, haha :-))

And I just had to take this picture with everybody today, because it truly was such an amazing tour this afternoon. We first drove far out towards the west and saw a big group (maybe 50 individuals) of Short-finned Pilot whales! They were really calm (just like the water around :p) and we had a beautiful chance to see their calm dives and how they were behaving in the group. One of them slapped its tail on the surface, which can be a sign of aggression, but did not repeat this behaviour 🙂 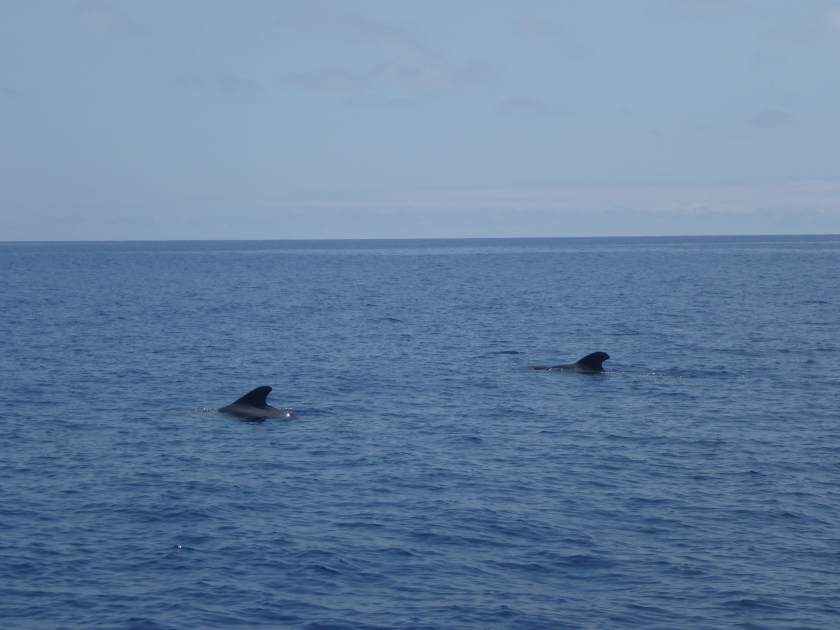 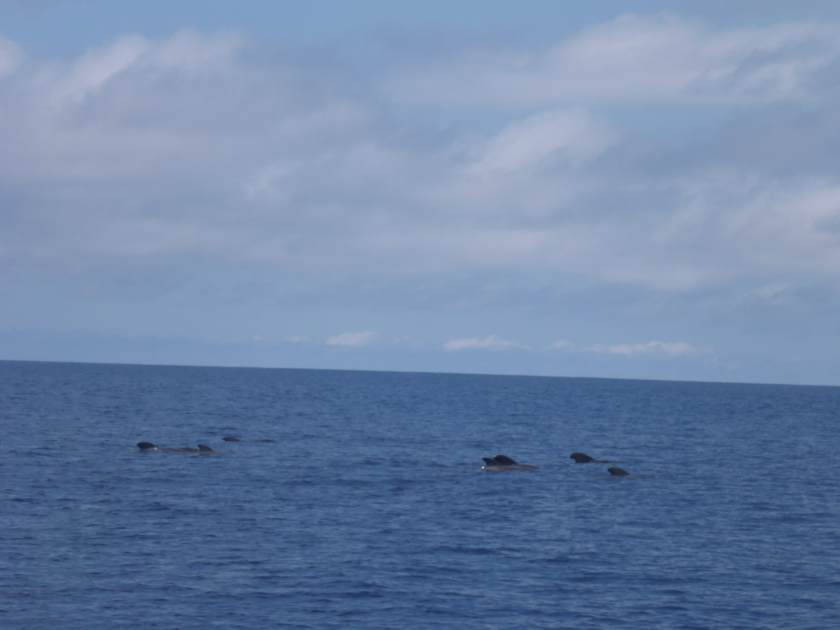 Afterwards we went even further east (in fact I have never been this far during a tour) and after a short while of looking could spot the blow of whales! It were two: the first one was a Sei whale (Balaenoptera borealis) and the second one cause of a lot of speculation, because its dorsal fin was missing! This evening I spoke to my colleague and friend Arianna, and she mentioned the possibility of a propeller-strike which caused this sad sight. After a while we had the chance to see this second animal longer and it appeared bigger than the first one, but still a Sei whale 🙂 They are the third largest balleen whale! And we were lucky to see them this late in the season, too!

Thinking that this was it for today, we made ourselv es ready to drive back to the marina. But then the ocean surprised us even more, as we were able to see three kinds of dolphins on our way back: The common dolphin (Delphinus delphis), Atlantic spotted dolphin (Stenella frontalis) and Risso’s dolphin (Grampus griseus). (Actually our lookout also spotted a fourth kind, but when we arrived they were hiding.. which is a typical behaviour for the Striped dolphin (Stenella coeruleoalba).)

Especially the Risso’s dolphins were excellent to watch today, as the group stayed close to the boat and one could really see the different scars they have. But also seeing the juvenilles of the Atlantic spotted dolphin was nice, as they are born without any spots!

Thank you all so so much!! Loving the sea!!