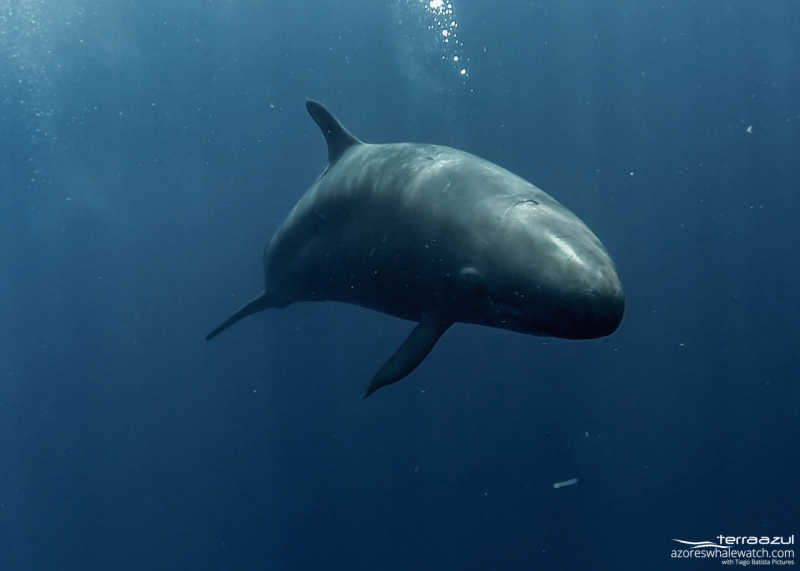 Time to open our doors again and recap what has been spotted around São Miguel Island in the last ‘unconventional’ months. That is, even during the lock down, our land spotters, skippers and guides did not stop staring at the Ocean. We also managed to hit the waters as soon as the restrictions were lifted to resume our operations in terms of data collection for local research initiatives, such the MONICET database.

Our ‘resident’ species were all sighted in numbers during the past two months. Sperm Whales (Physeter macrocephalus) made their appearance several times often between three and ten miles from the coast. 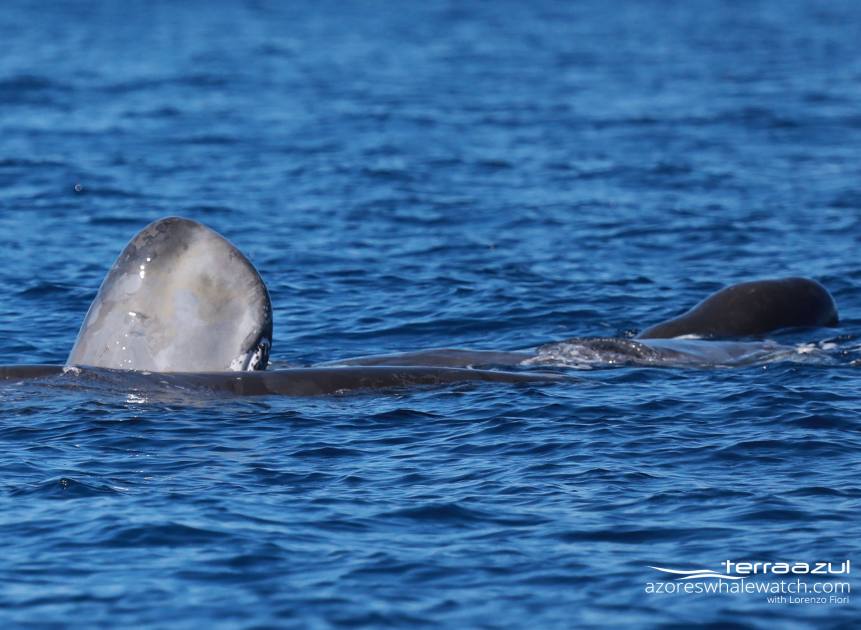 Common Dolphins (Delphinus delphis) feeding with Cory’s Shearwaters and Yellow-legged gulls were spotted even by naked eyes from the shore of Vila Franca do Campo, not too far from our lovely islet. We assesed their presence ‘first hand’ by boat encountering a nursing pod full of calves and a mating group. 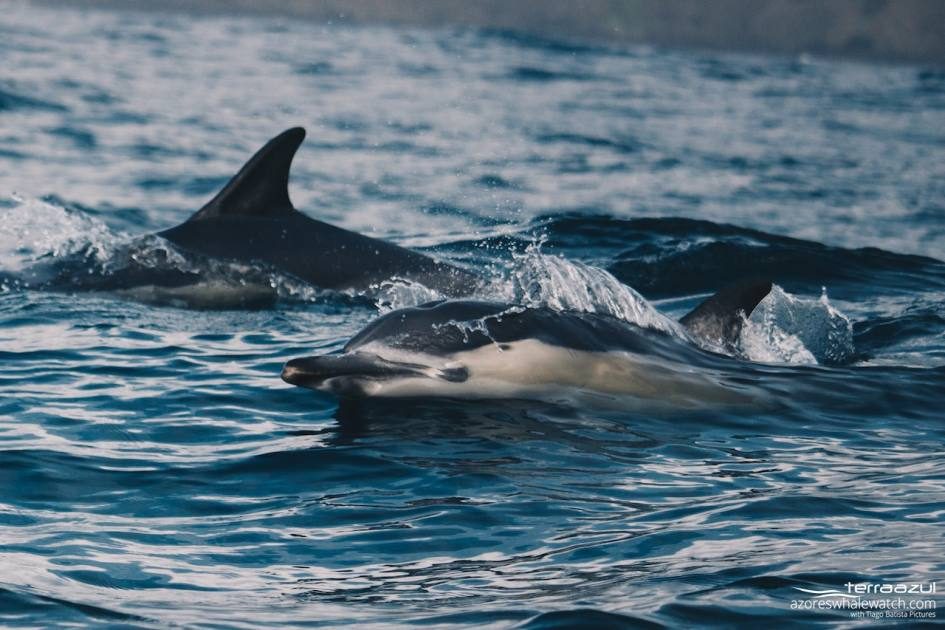 Bottlenose Dolphins (Tursiops truncatus) and Risso’s Dolphins (Grampus griseus) were sighted relatively close to our shores. We also confirmed the presence of large groups of Striped Dolphins (Stenella coeruleaoalba) during our trip at sea.

Similarly, a group of about fifty False Killer Whales (Pseudorca crassidens) was spotted travelling West along the coastline of Ponta Garça (see picture above). Also other ‘blackfish’ species pay a visit to us, such as Pilot Whales (Globicephala spp.) that were sighted earlier in April.

Turning to migratory baleen whales, we had certain sightings of Fin Whales (Balaenoptera physalus) and Humpback Whales (Megaptera novaeangliae). Other tall blows were observed at distance but species identification was not possible from shore. 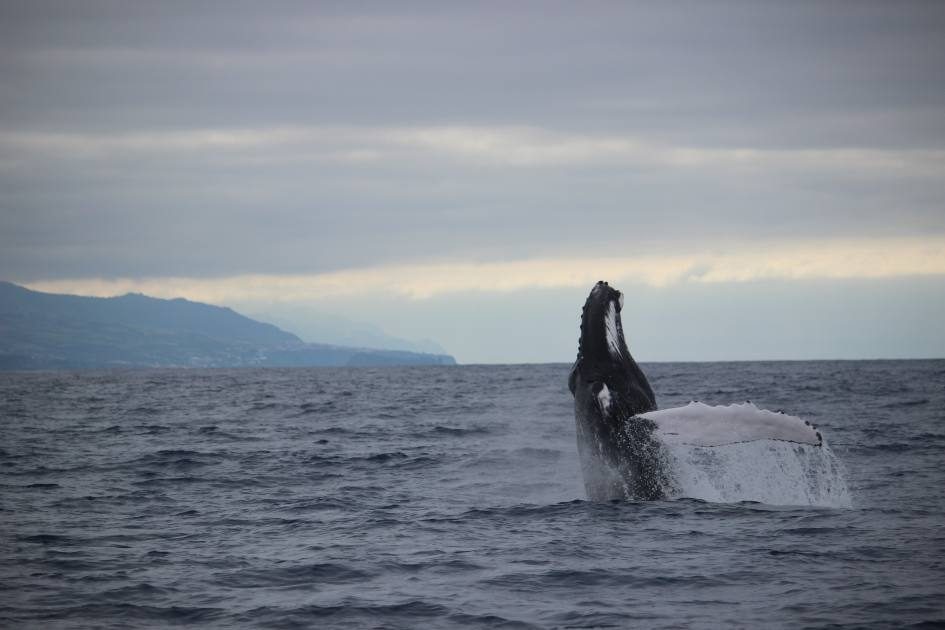 Humpback whale (Megaptera novaeangliae) breaching with the Islet of Vila Franca in the background.

Finally, marine birds are hectically looking for food at sea and we even spotted a Leach’s Storm Petrel (Oceanodroma leucorhoa) at only a mile from the islet of Vila Franca do Campo! 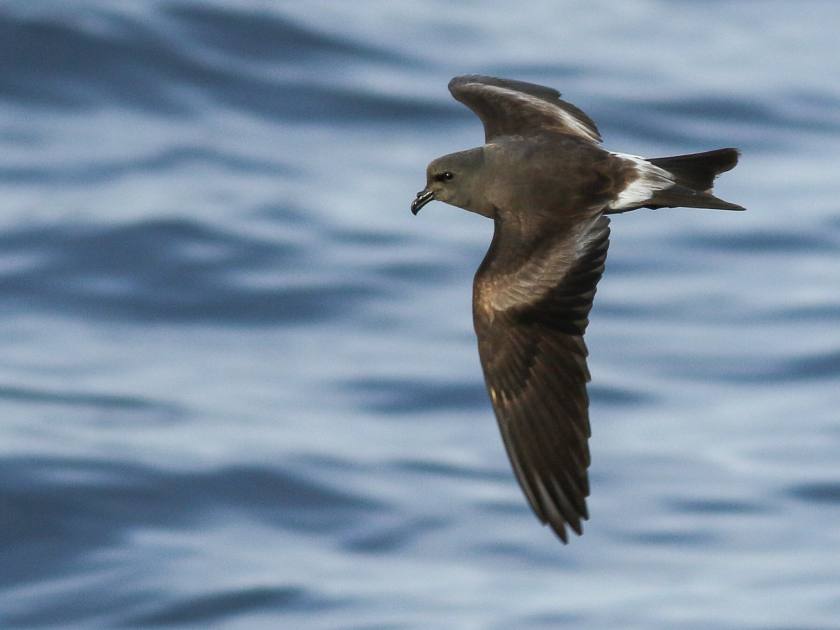 Lets see what the Summer has ready for us!