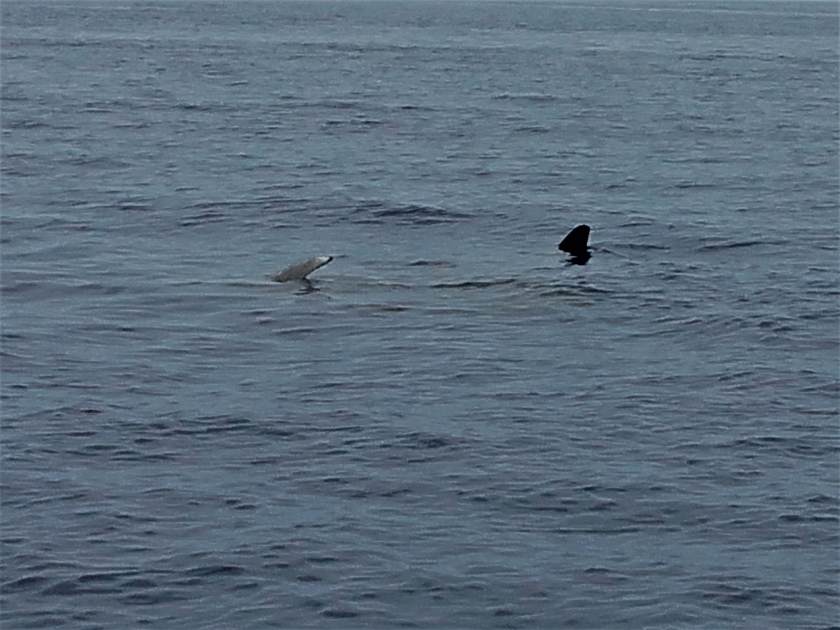 Today was a bit different from other days, as the dolphins were there, but Manta rays seemed to have taken over the place of the whales 😉

In the morning we started with Risso’s dolphins, Common dolphins, Bottlenose dolphins, and eventually a huge show of Striped dolphins! 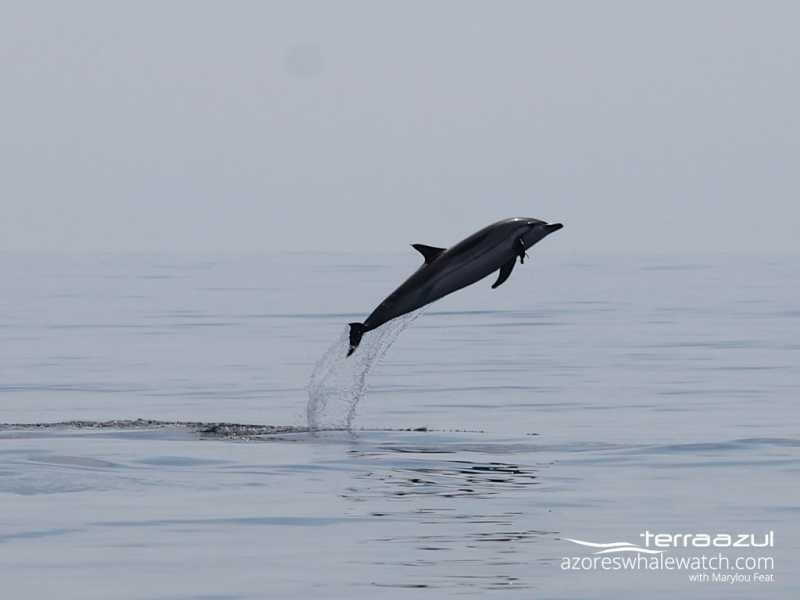 After a while a large fin with a dark shadow appeared on the surface. At first we thougth it was a Sun fish, but it turned out to be a giant Manta ray, with an expected wing span of about 4 to 5 meters! It stayed just below the surface for a long time, flapping its wings out of the water and showing its white gill rakers. Manta rays are filter feeders, just as baleen whales! This means they feed on plankton while filtering out the water. This was only the start of it, as during the rest of the day we spotted another 3 or 4 Manta rays near the surface! What is going on?!

On the afternoon tour the Bottlenose dolphins and Common dolphins were present again, as well as a sea turtle!
See, the ocean is full of life and we can never expect what the next day will bring! Join us to find out 🙂