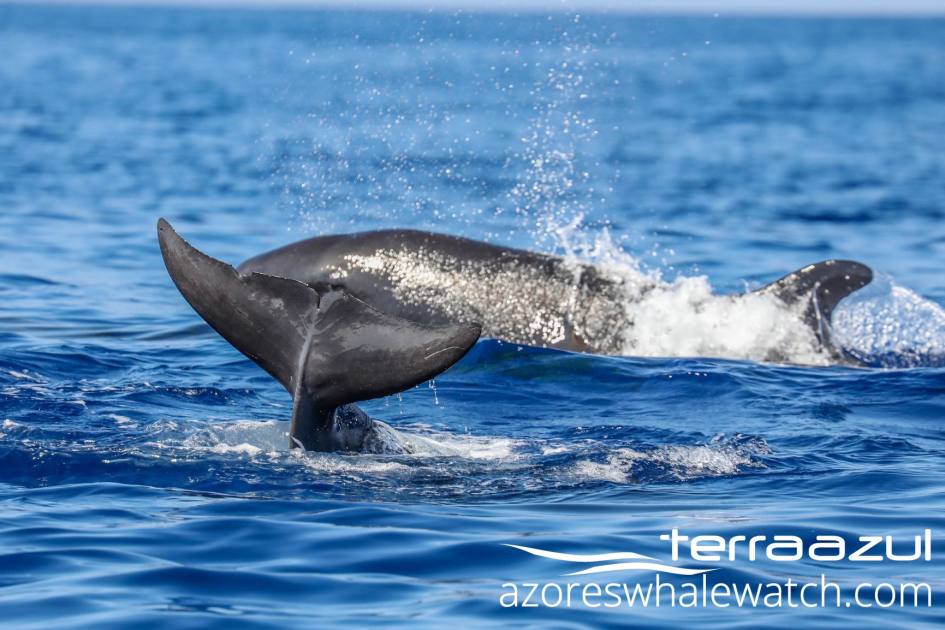 Time to recap what Terra Azul has been encountering out in the Atlantic Ocean in these summer months! As we resumed our operations, we witnessed the amazing biodiversity of São Miguel waters with our guests once again. We spotted 12 different species of whales and dolphins in July alone! Judge yourself from the map below 😉 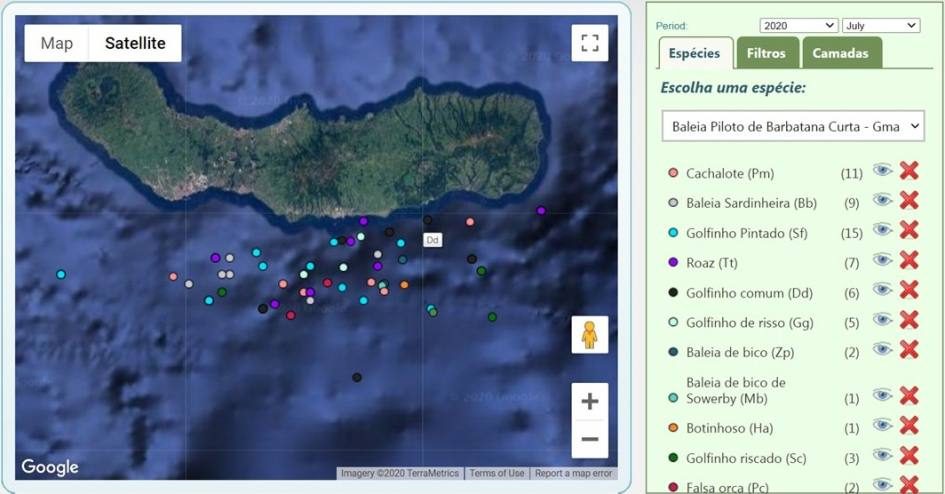 The most sighted species of whales were Sperm Whales (Physeter macrocephalus) which appeared in large matriarchal pods with their new born calves. Feeding a young that can weight several tons takes a lot of energy, and mothers were often diving for food leaving heaps of octopus remains in the area which we collected for MONICEPH scientific project. 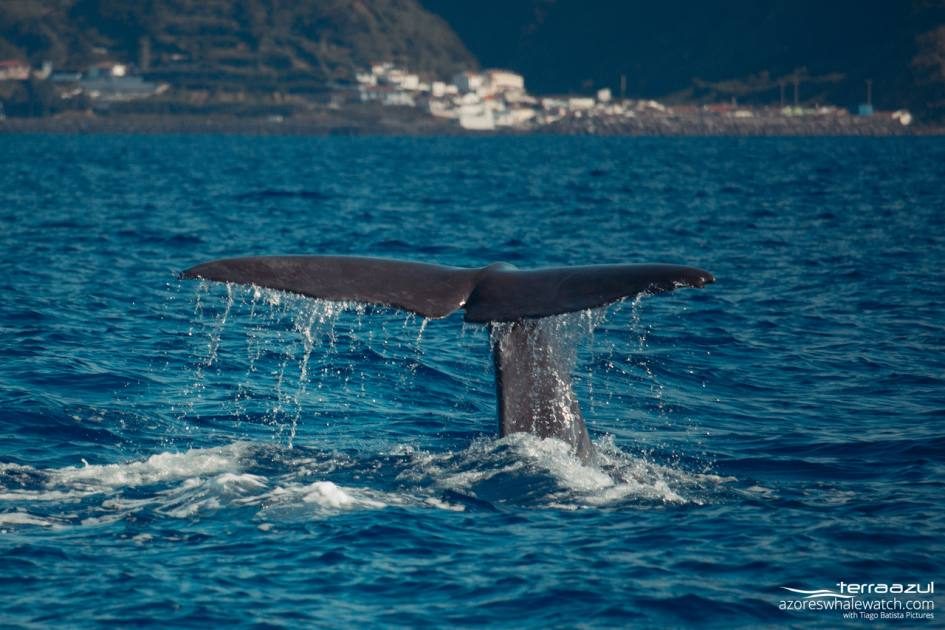 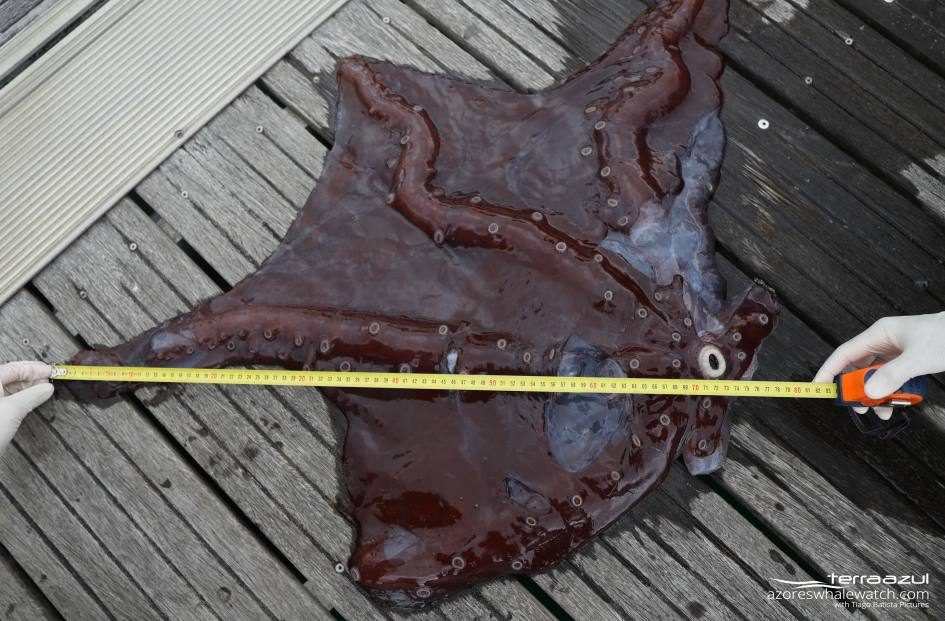 Seven-arm octopus (Halipron atlanticus) recovered in an area where whales were feeding.

Migratory baleen whales were also sighted frequently as Sei Whales (Balaenoptera borealis) approached our shores to feed on small schooling fish and copepods. Some were also accompanied by their calves, which is a good sign for this species that is still recovering from the whaling slaughter. 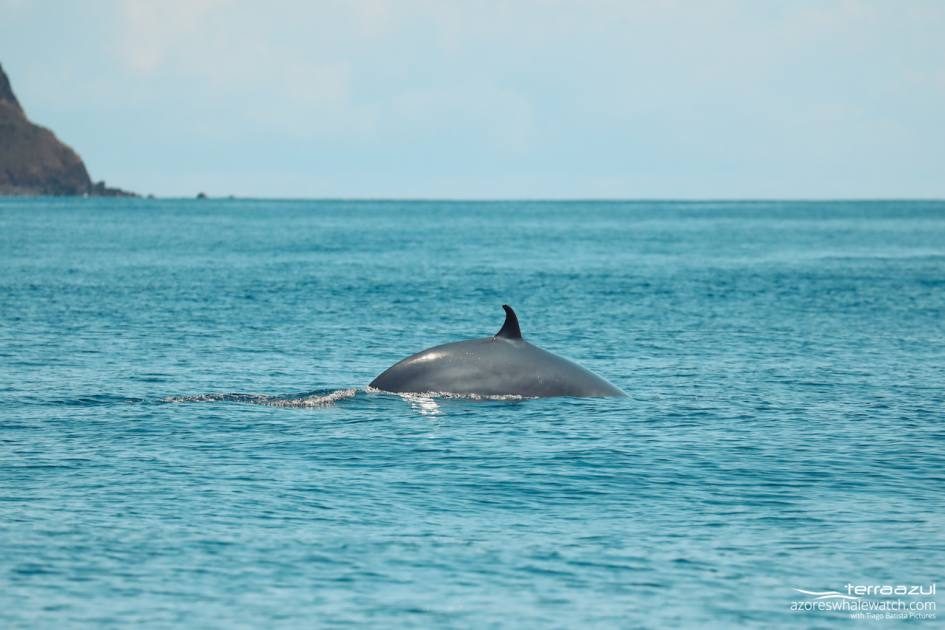 A Sei Whale (Balaenoptera borealis) arching its body before a dive. 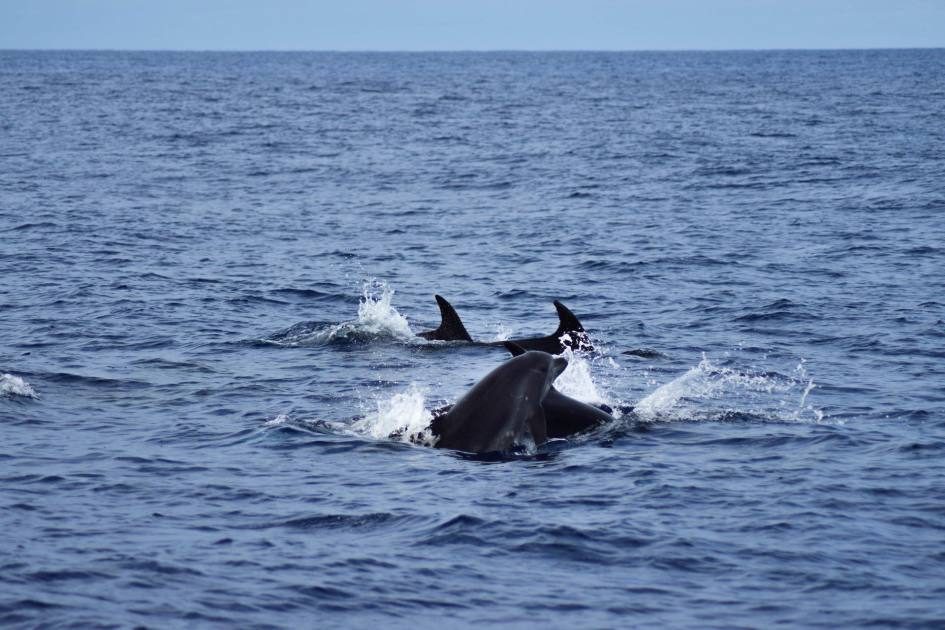 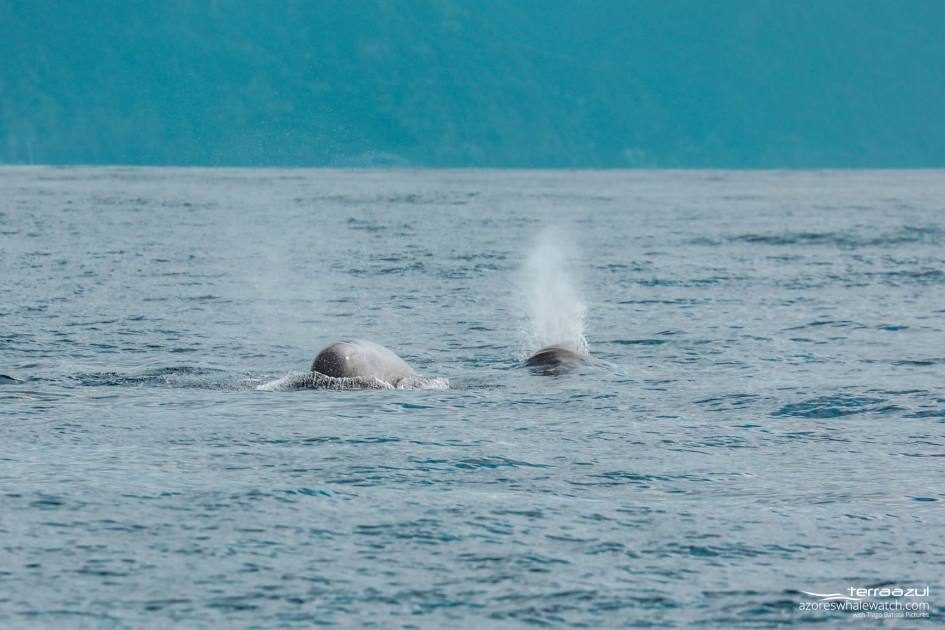