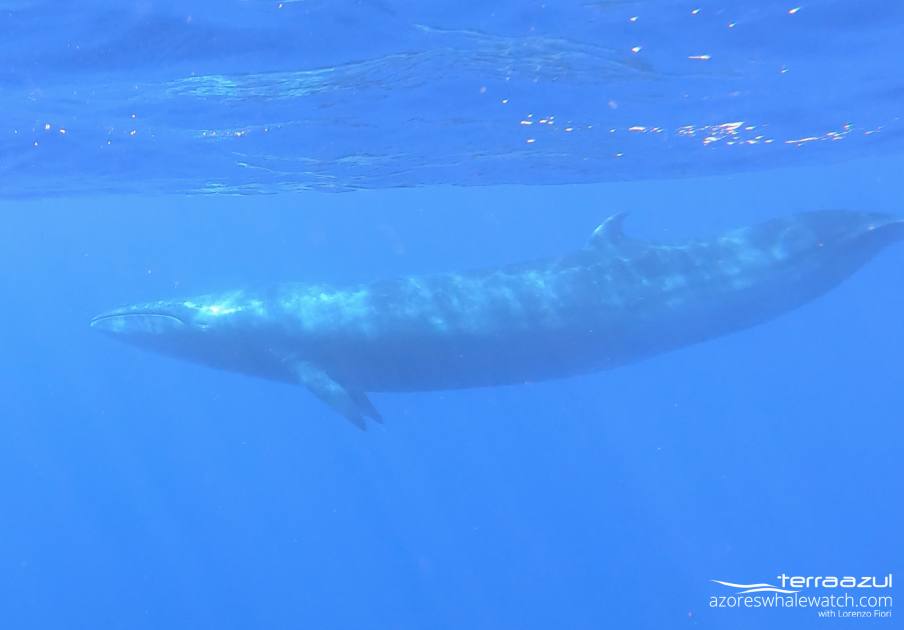 As September is ended, it is time to recap all the sightings we had this month 🙂

The most sighted species this month was Atlantic Spotted Dolphin (Stenella frontalis) and in some cases we were literally overwhelmed by pods of a thousand of them!!! Several individuals seemed to be really interested in our hydrophone 😉

While Atlantic Spotted Dolphin will be soon back to the Caribbean waters for the winter, our ‘resident’ dolphin species will keep us company during the colder months.In September Common Dolphins (Delphinus delphis) were encountered quite frequently, as well as Bottlenose (Tursiops truncatus) and Risso’s Dolphins (Grampus griseus). 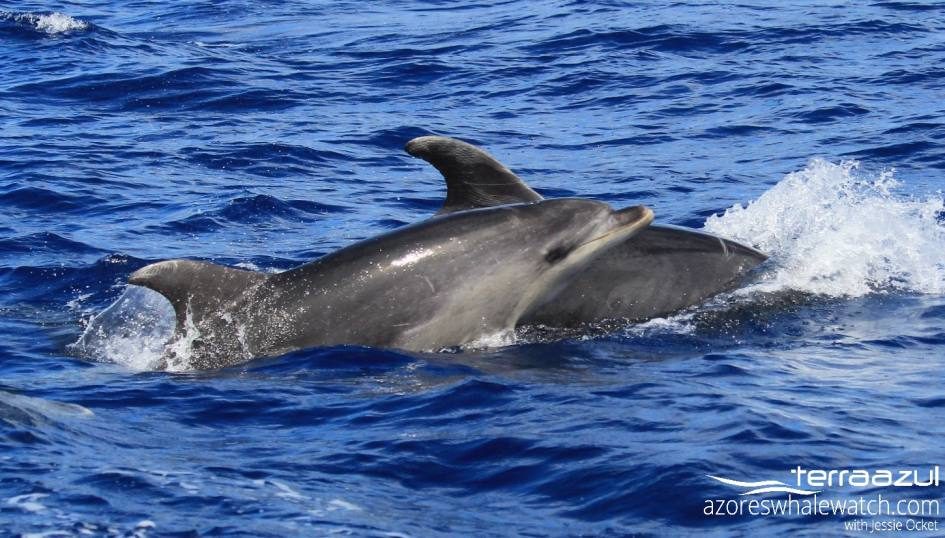 A mother and a calf Bottlenose Dolphin (Tursiops truncatus) porpoises next to Terra Azul boat. 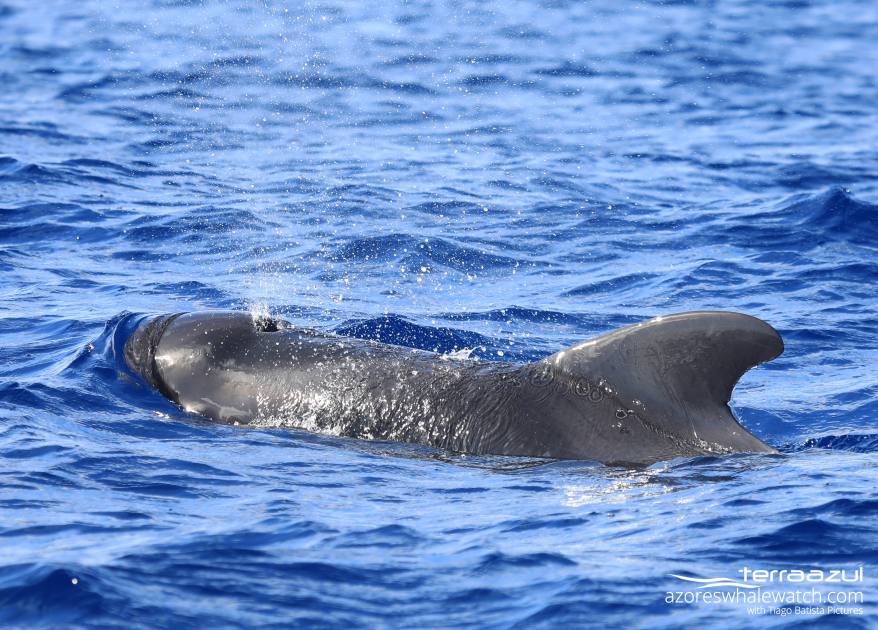 In term of whale species, Sperm Whales (Physeter macrocephalus) dominated the scene during the past month. Our guest and crew were so lucky to witness a large pod socializing in the Far East offshore waters while two Sei Whales were circling around them! Moreover, three extremely curious Sperm Whale calves inspecting our hydrophone. Yes, this month it seemed that all cetaceans had something to ‘tell’ us! If you missed that whale karaoke session, you can watch & hear it in our previous post here! 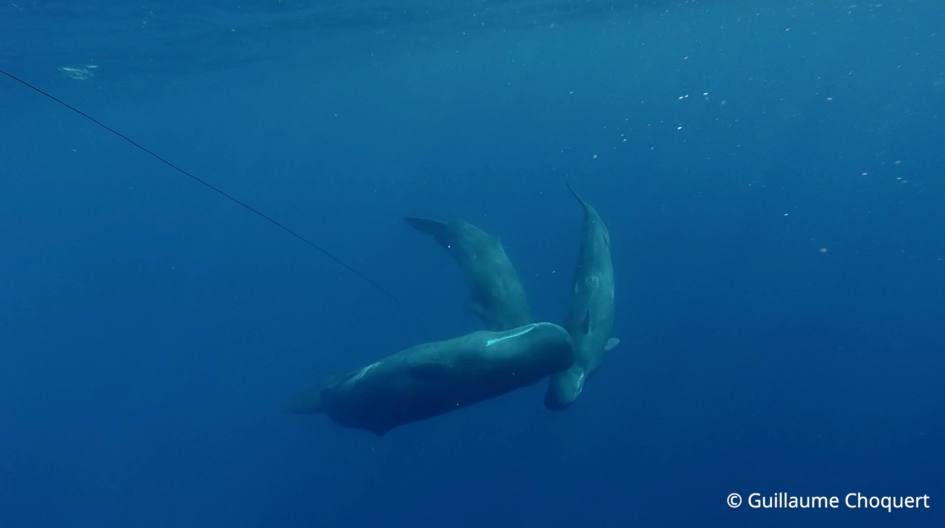 Finally, we had several encounters with migratory baleen whales, mostly Sei Whales (Balaenoptera borealis). These species are not common sightings out of the Spring-Early Summer baleen whale migratory season. However, the Ocean is always full of surprises. 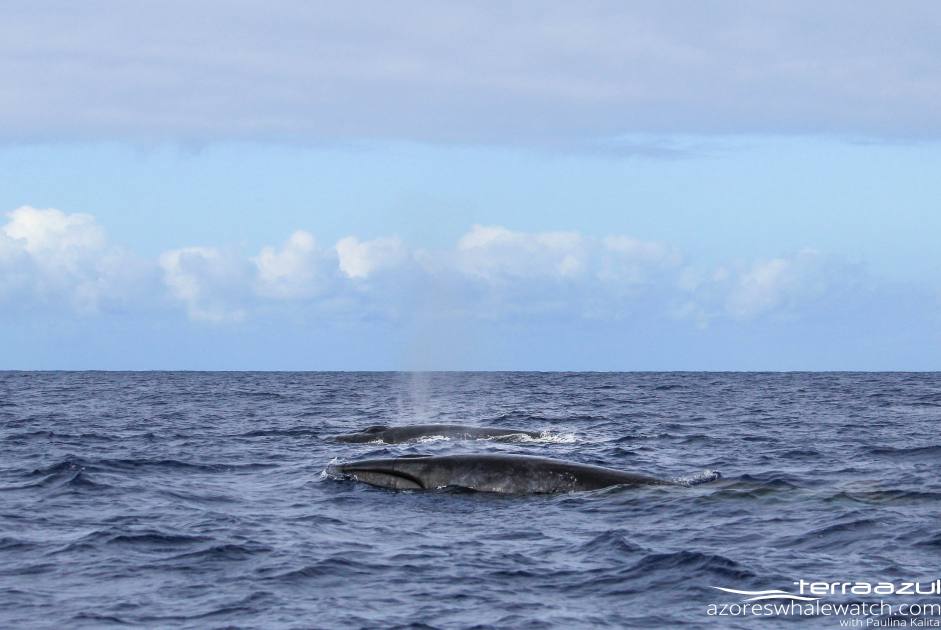 A couple of Sei Whales (Balaenoptera borealis) emerges not far from our boat.

Waiting for Hurricane Lorenzo to leave us behind, we cannot wait to hit the water again and see what October has ready for us!