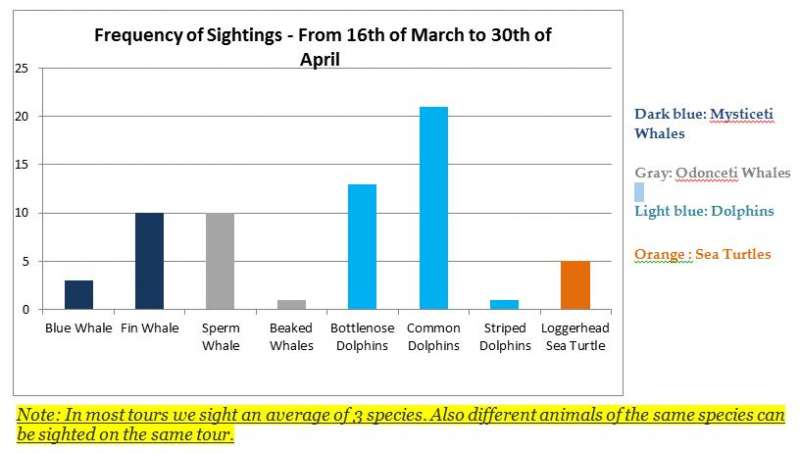 From 16th of March to 30th of April we sighted 7 different species of Cetaceans and 1 species of Sea Turtle!

It’s the Mysticeti season(the Baleen Whales)! They are characterized by having baleen plates for filtering food from water, rather than teeth like the Odontoceti (Toothed Whales and Dolphins). They are pass through here, from April to June, on their migratory route.

At this time of the year the “North Atlantic spring bloom” happens.  The water temperatures and hours of daylight increase and it causes the phytoplankton to do so. And in its turn, the increase of phytoplankton causes an increase of the zooplankton and Krill.

That’s what attracts the Baleen Whales to the Azorean Waters at this time. They pass through here on their way further north to their summer feeding grounds. 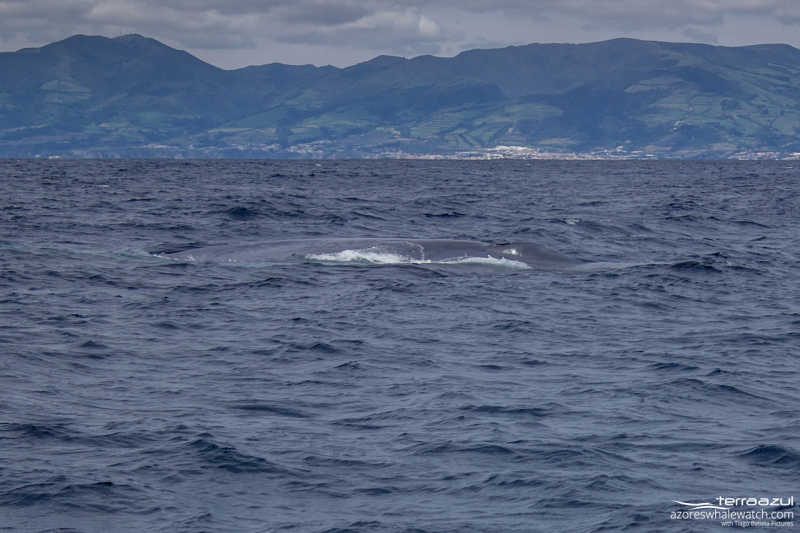 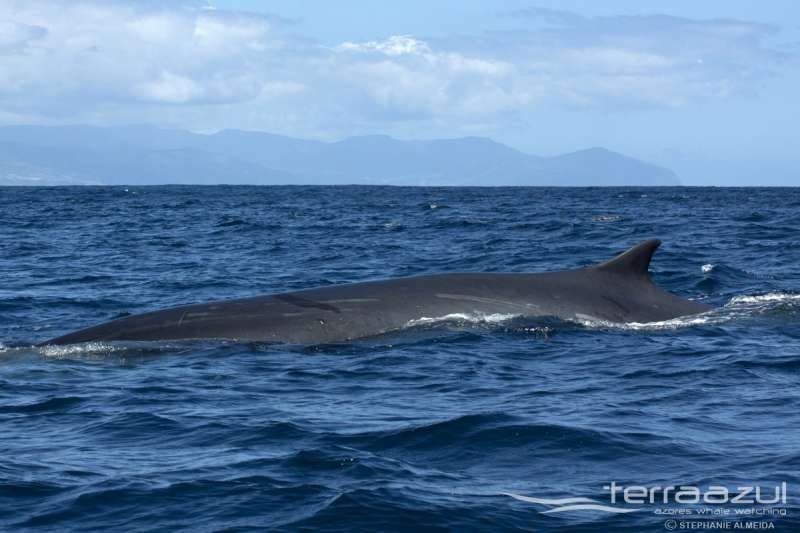 Although it’s the Baleen Whales season, our Resident Species are also present at this time. We say Resident because these species can be sighted during the whole season regularly. And they are the Sperm Whales, the Bottlenose Dolphins, the Common Dolphins and the Risso’s Dolphins.

On the 3rd of April we sighted a beautiful family of 11 Sperm Whales of females and calves! At this time of the season, we usually see the Male Sperm Whales, so it was a wonderful surprise to see this big family. 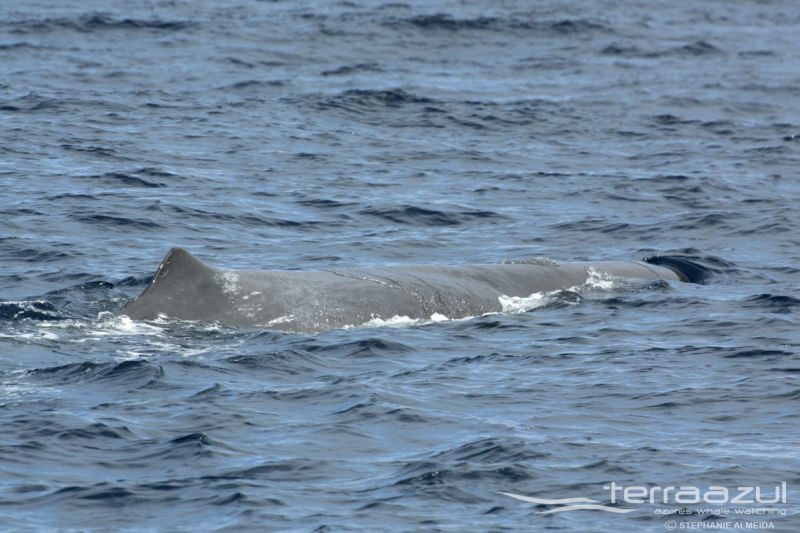 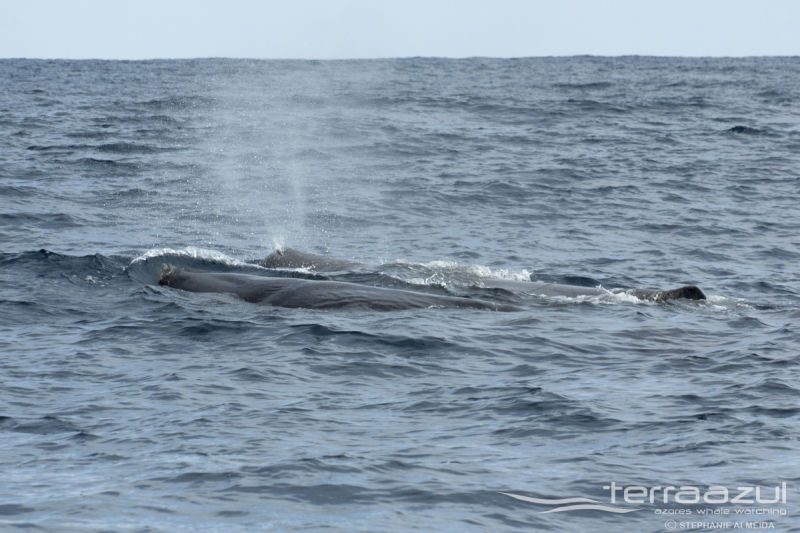 And of course we sighted our always present and friendly dolphins in almost all of the tours. It’s always nice to have their company on our tours as they manage to always leave a smile on our faces!

We sighted 3 species of Dolphins, two of them being part of the Resident (Bottlenose and Common Dolphins) and the Striped Dolphins, which we can see at anytime of the season, but they are not considered a Resident species. 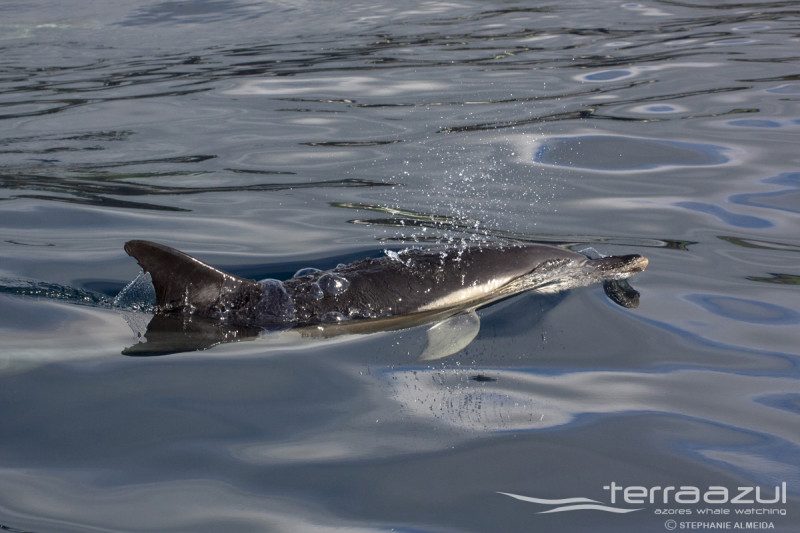 Here in the Azores we see them at the juvenile stage, as they live their first 8 to 11 years travelling along the North Atlantic currents. When they reach sexual maturity they go back to the beaches were they were born to reproduce. The Loggerhead Sea Turtles we see here in Azores, are born in the Southeast coast of the United States. Such a long travel!! 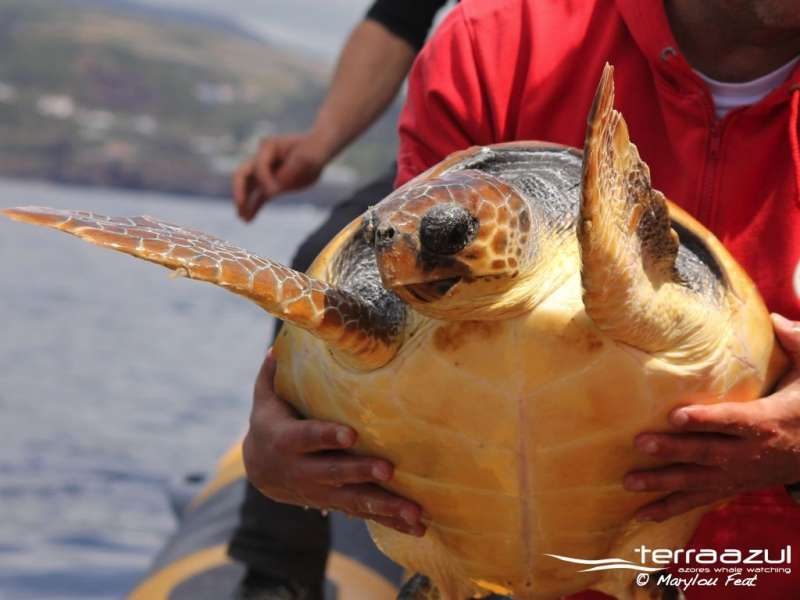 When we sight them, we always try to catch them to see if they are ok. We remove any plastic they might have around them, and also check if some little crabs are bothering them, as they can prevent the turtles from diving.

Just a quick note! Remember that plastic pollution affects all ocean life. It hurts and kills so many animals in the ocean, making them die from chocking, starvation and intestinal blocking… Be responsible with your trash. Keep in mind the 3 R’s! REUSE REDUCE RECYCLE!

So this is it for now.

Stay tunned for our next updates on our fantastic adventures in the ocean! 🙂